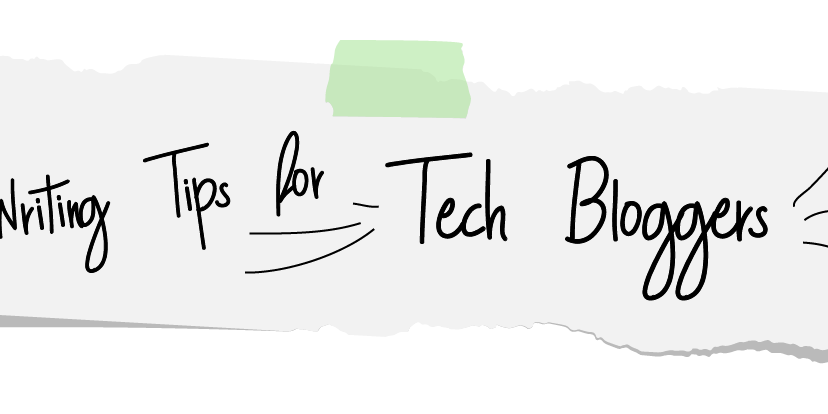 Today’s post is about writing tips, to be sure.  If it weren’t, I’d have just treated you to some pretty disingenuous clickbait.  But I want to be clear that these are writing tips for blogs that have a mission.
Why make that distinction?
Well, because if you’re writing for personal fulfillment, then you should write in a way that makes you happy.  The tips I’m going to offer will hopefully make you a better writer overall, but they’ll definitely make you a more engaging writer, helping things like bounce rate, time on page, and reader retention.  And these concerns matter when your blog has a mission.  Whether that mission is direct monetizing, converting customers, building a readership, or simply establishing authority doesn’t matter too much as long as you have some mission.
So, with that in mind, let’s look at some concrete ways to improve your writing.

Years ago, I worked for a company that was owned by a vain fellow.  I had responsibility for employee onboarding within my department, and we’d onboard newbies in fairly large batches.  For reasons known only to the narcissists of the world, it was incredibly important to this man that new employees all understand the facts surrounding the founding in excruciating detail.  This responsibility fell to me, leading to the recitation of these dry facts during orientation and then the quizzing of the newbies later on.
This hit its nadir with one particular group, in which only one person out of all of them could get the company’s founding year correct on the quiz.  I needed to do something different.
Not knowing what else to do and being a bit of a long-winded person, I decided to put the orientation into narrative form.

The year was 1986.  Ronald Reagan was president, and the Chicago Bears had just shuffled their way to a Super Bowl win.  A man named Joe Smith, watching the recently released movie “The Fly,” of all things, had a moment of inspiration.  And so a healthcare company was born.

The retention rate of the company’s year of founding went from one person to 22 in that group, meaning that people retained the fact 22 times better with a story than on its own.
Is any of that true?  Nope, not a word.  But are you going to remember that stories help massively with retention?  Yup.
So tell your audience stories.

Not all of your content is going to be equally scintillating.  Sometimes you might be telling entertaining stores or channeling collective outrage to produce a viral post.  But sometimes you’re going to be writing posts about how to change the settings in your .csproj file to eliminate an obscure compiler error.  Even with a bit of narrative in there, that’s a post that will probably bore a lot of readers, even including those that find it useful.
Now, you’re probably wondering…
How can I keep people reading, even through dry subject matter?
Well, one copywriting technique that helps is known as the “bucket brigade.”  What’s a bucket brigade?  Well, you just read one if you look at the question above.  It’s a short phrase specifically designed to draw the eye and to make you want to read the next paragraph.  For instance:

When you see these phrases, you think subconsciously, “Wait, I want to know what the kicker is.  So before I click away, I’ll just read that part.”
This might sound manipulative, but it’s really just designed to make your post a metaphorical page-turner, like a Dan Brown novel.  People reading blog posts are usually doing so in the three minutes before their bus arrives.  Keeping their attention isn’t easy.  But doing so helps significantly with bounce rate and SEO ranking.

Use Analogies to Help a Wider Audience Relate

If you’re a techie, you already use a lot of analogies, wittingly or unwittingly.  And you do this because you constantly deal with things that are incomprehensible to people without software domain knowledge.
For instance, do you have a person on your team whose job title is “architect”?  You probably do.  Every time you throw this term around, you’re using an unfortunate analogy that likens software to building construction.  You might also have talked about “service buses” and “semaphores” at various points, both of which are also analogs to the physical world.  And heck, the entire concept of object-oriented programming is a grand, pervasive analogy—using “classes” to model real-world entities.
Don’t fight this trend. Lean into it.
Not only does staying both deeply technical and completely literal bore people, it also confuses them.  People need to latch onto familiar mental models to learn and process new information.
So help them do just that.  Talk about how ORMs are like Google Translate or how the modules in your codebase are using the “publish-subscribe” pattern, like a magazine publisher.  The more you ground deeply technical things in universally relatable concepts, the more people will enjoy (and grok) your posts.

Okay, okay.  You might have caught me in a bit of an exaggeration there.  But who can ever really know, amirite?
Kidding aside, what I did with that particular header was to demonstrate a point.  Just as bucket brigades help to keep the reader wanting to continue, tactical headers serve a similar purpose.  Compared with giant, dense paragraphs one after another (the proverbial “wall of text”), they make your post scannable.  And scannable posts make readers feel like they’re getting somewhere as they read.

And while headers themselves make the post scannable, headers that describe benefits to your readers make them really want to read the entire post.  So, whenever possible, talk about benefits the reader will reap from heeding your advice or following your directions.  In a post like this, headers talk about the benefits to your blog, but in a how-to post, they can just mark progress (install this logging framework, and you’ll be up and logging in less than a minute!)
As you write, you should always be thinking about what’s in it for your reader.  (But don’t lie about generational wealth.)

I don’t know how many blog posts I’ve published in my career, but I can tell you that it’s well over 1,000.  By this point, you might think that I just sit down, start typing, and have a polished post 30 minutes later.
While that does happen every now and then, it’s hardly the norm.  Much more commonly, even with all of my experience, I sit down and outline the post, usually in the form of “thesis, supporting bullets as headers.”  Creating an outline is much less of a commitment than creating a blog post, and it can help you organize your thoughts.
I definitely recommend this step for novice bloggers, but experienced ones can benefit too.  We all can have a tendency to ramble when we’re not sure what we want to say.  And there’s no surer way to lose readers than to ramble.

Tie the End Back to the Introduction and Conclude Powerfully

Whether we realize it or not, we subconsciously enjoy symmetry.  At the beginning of this post, I talked about the distinction between blogging for personal fulfillment and blogging for a mission.  So on a subconscious level (at least, if I weren’t in the middle of banging your conscious over the head with it), you would find it appealing for me to circle back and talk about missions again.
I suggest you do that to wrap a post, when appropriate and when you can avoid making it formulaic.  Typically, you’ll offer a thesis to start a post.  So your conclusion should revisit that thesis, reinforce your arguments, and probably end with some kind of inspiring call to action or suggestion.
For instance, and at the risk of setting some kind of record for going meta, I talked about how the techniques in this post would help you improve your blogging chops in the support of your goal with blogging.  So what I should probably do now is encourage you to practice these, try them out one by one or in groups, and record engagement stats using something like Google Analytics.  I should then end with a strong sentence like, “You won’t be disappointed.”
But instead of all that and since it’s Friday afternoon in San Diego as I write this, I’m just going to crack a beer and watch the sunset.