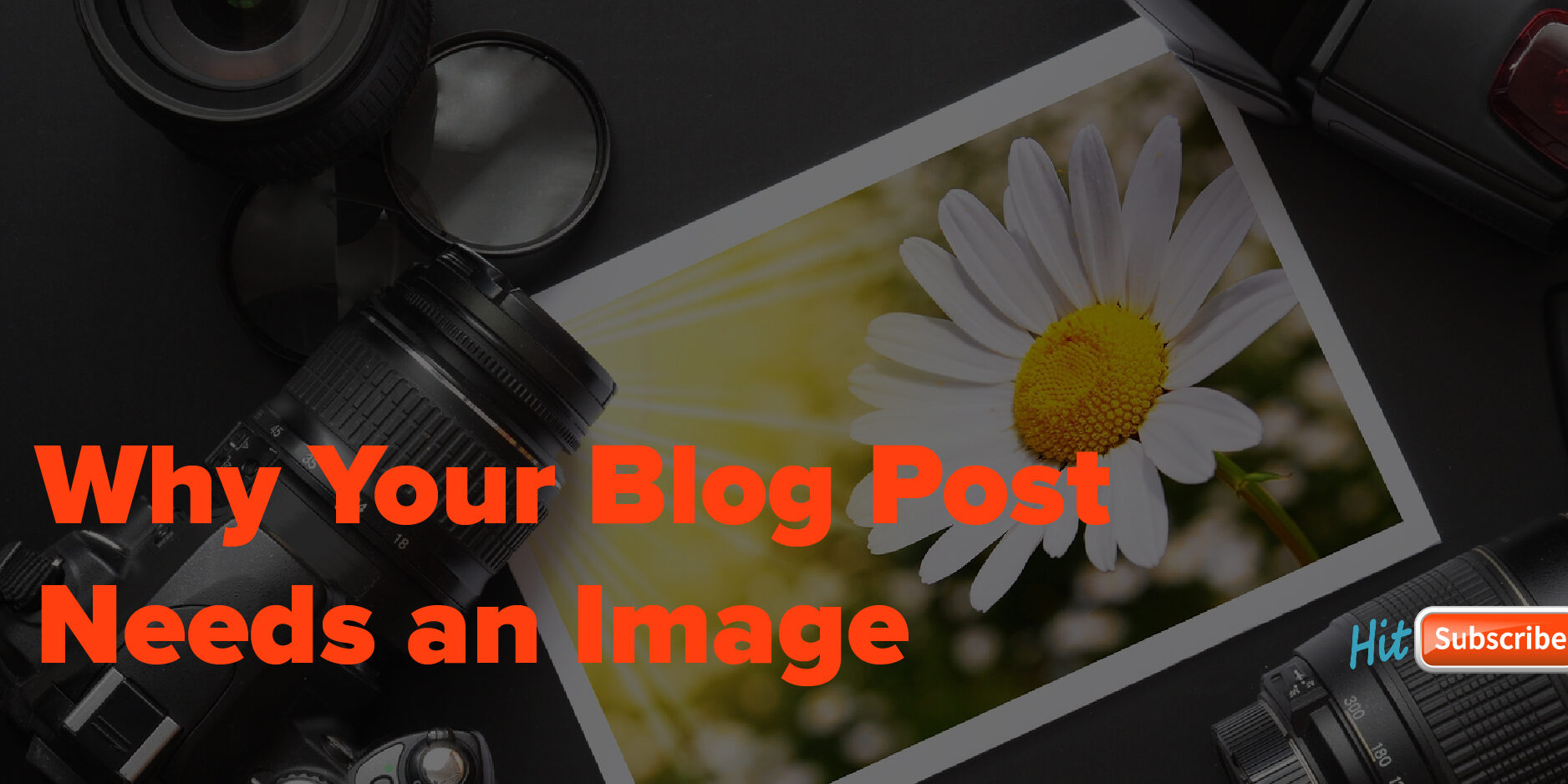 You’ve probably heard at some point or another that your blog post needs an image. But why?
Google the question, and you’ll get a lot of wishy-washy reasons and unsubstantiated claims.

So here’s the thing. Getting images into your blog post is a pain. Images take creativity and planning to integrate. They’re not easy to find, especially if you don’t have an expensive stock image subscription. The rights you have or don’t have to display them are confusing. Branding them is difficult without any design chops or software.
You’re smart. If you’re wondering why you’d go to the trouble of creating images for every blog post in the first place, you don’t want platitudes about pictures being worth a thousand words. You want real reasons why you should go out of your way.
I’ll try to give you a few here.

On its face, this might not seem to be related to images at all. Hear me out. I’ll get there.
The Hubspot blog has a great post on heatmapping stats. They included this map, taken from an Eyetools/Marketing Sherpa study. Check out the hot spots. 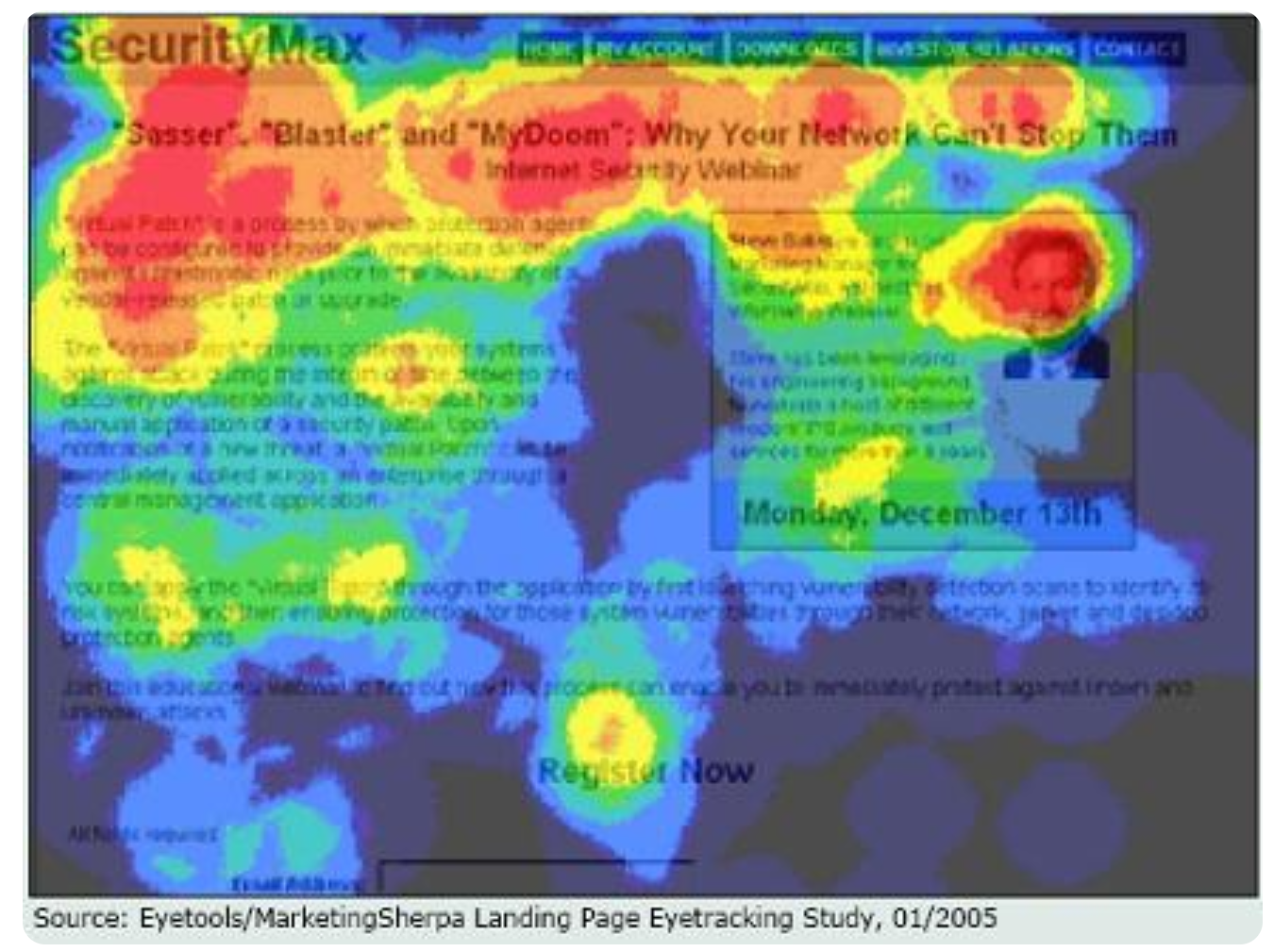 Your blog post needs an image because every bit of graceful interruption you can intersperse into a large chunk of text is going to increase scannability. It will keep readers’ eyes moving through the post.
People are going to scan. Don’t fight them. You want to accommodate this. Subheads are good for this — even necessary, I’d argue. Bullets and bold are nice for this purpose too. But images have greater contrast than these in-text variations. They give you a truly powerful ability to break up text and help people’s eyes keep moving down instead of over to that dreaded upper-right-hand-corner red X.
Does that mean you need images interspersed throughout the whole text? Well, it’s probably more effective at keeping folks on the page longer and moving forward in their reading, yes. (And besides the on-its-face benefit, that will give you an SEO boost!) But you should, at bare minimum, have a header image. Why?
Because, according to research done at Carleton University in Ottawa and published in Behaviour and Information Technology, people’s impressions of a webpage are solidified in the first 50 milliseconds of viewing.
There are all sorts of studies on the effect visual elements have on people. You could read all those links, or you could do a simple experiment with me.
Imagine you’re on your lunch break. You have limited time, and you just want to do some casual reading.
Which article do you choose? What are your thoughts on the authority and professionalism of each? What are your feelings about how easy and pleasant it would be to read?
Quick. You have 50 milliseconds to get an impression. 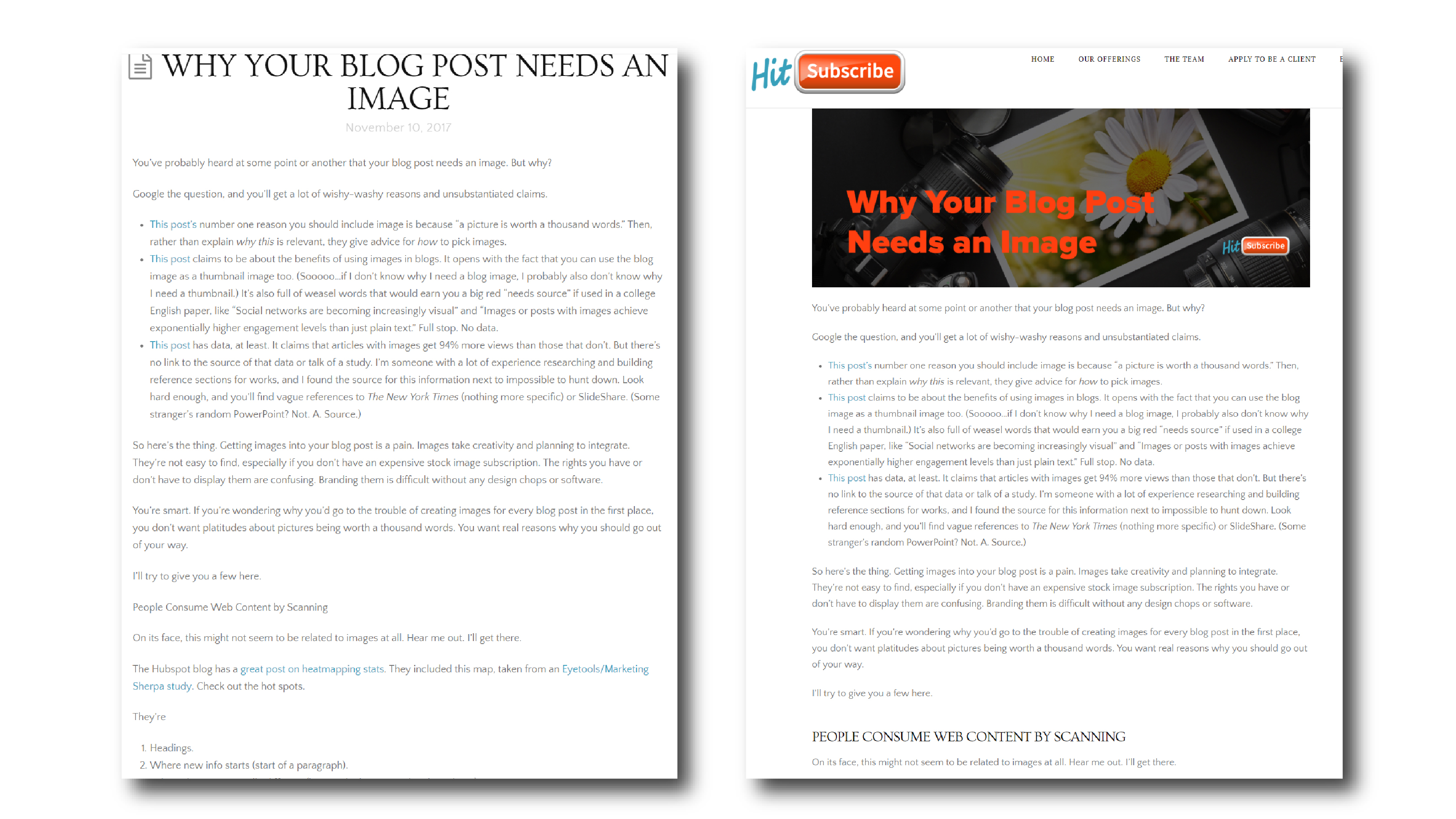 Granted, this isn’t data. This is just your personal experience with one example. But I bet I know which article you were drawn to, and I don’t even know anything about you. And also, because folks retain 65% of info accompanied by a visual (vs 10% of non-illustrated info), I bet this tidbit is one of the main things from this post that sticks with you three days after you read this.

Now, social media — this we have data for. You want to have at least one image for your blog post because it will show up on your social media promotion of the post. And without that, you will not get shares or clicks. That’s just how it goes.
On Twitter’s own blog, they wrote a post on what fuels engagement. Hint: it’s images.
From that post, we learn

There’s a number of interesting things there, but for our purposes, check out the stats on the visuals. That same blog post says

But now we can confirm that adding video, links and photos all result in an impressive boost in the number of Retweets.

From the mouth of Twitter itself, folks.
Now, let’s talk Facebook. An admittedly dated study from Adobe reports that posts with images produce a 650% higher engagement rate than posts with text only on Facebook. And Social Media Examiner reports this:

From a user’s perspective, photos are also the most engaging type of content on Facebook, with a whopping 87% interaction rate from fans! No other post type received more than a 4% interaction rate. 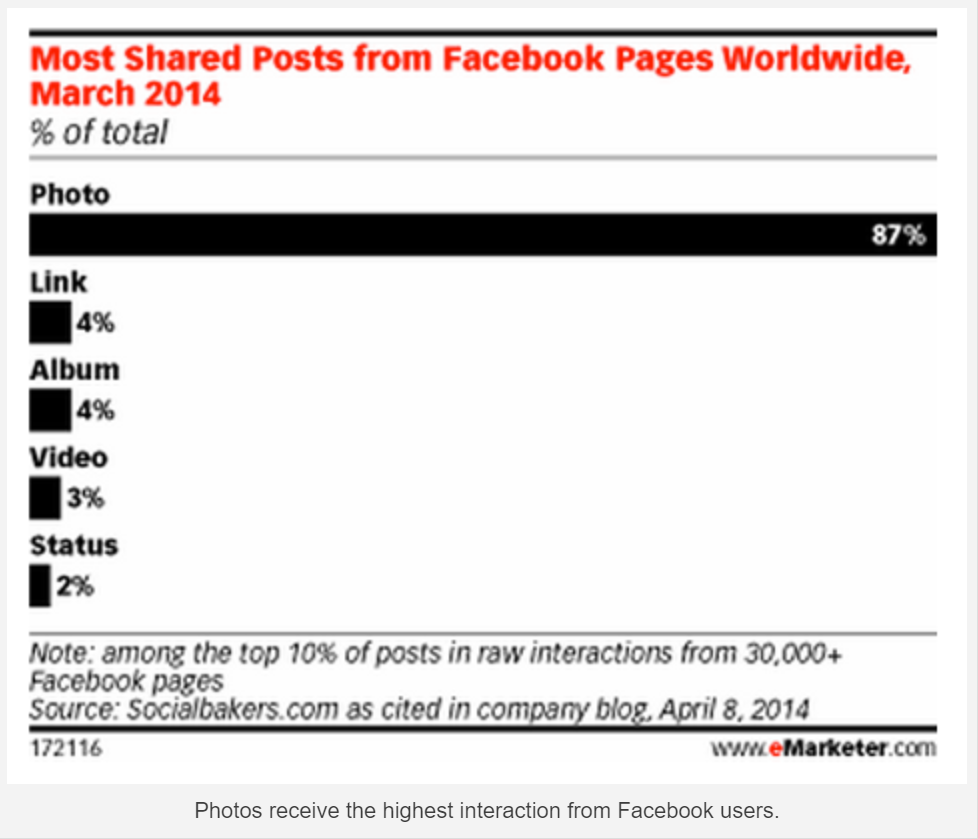 (See what I did there?)
I suppose I don’t have to emphasize the importance of images when it comes to Instagram. But as for LinkedIn, your public articles and shares are limited to three lines. So if what you have to say can’t be stuffed into those lines, images are your best way to communicate, and they’re much more likely to draw clicks than the tiny “read more” link. People love to click on images.

Get You Some SEO Juice!

I won’t say a ton about the “how” of this since WordPress SEO plugin Yoast and Google have that locked down pretty well. Just know that this is another opportunity to show up in searches.
Yoast will ding your SEO score if it doesn’t see that you’ve inserted anything visual, so clearly it thinks your blog post needs an image. Also, if your picture is related to your keyword focus, the alt text and image title are great places to sneak in a quick keyword reference. You should never stuff keywords into either the image title or the alt text, of course — cheating gets you nowhere with Google, not in the long run.  If you’re optimizing for “Troubleshooting .NET” and you include a picture of an adorable kitten, it’s not good practice to make the image title and alt text match your keyword instead of act as a descriptor. (And it’s very inconsiderate to the visually impaired, for whom the alt text is really meant for!)
You should think about including a header image with your blog post title, at the very least. Alt text and an image title for a graphic like this are great ways to repeat your post title (which hopefully contains your keywords) without stuffing. All you’re doing is describing what the image is and says.

Your Own Media Consumption Proves It

Why else should you use an image in your blog post? As my final bit of evidence, I present to you: a mirror. Yes, you. Your own experience is the last piece of the puzzle.
As you take in information via various source this week, be they blog posts, articles, news, email — anything digital — I challenge you to think critically about how you consume the information. Take the time to notice how you read. What makes you keep reading? What impresses you? And what engages you?
I would be surprised if you found that visuals played no part in the information that you not only found the most valuable but also that you found the most enjoyable. Take the time to notice what you appreciate, and emulate the media you love. Sure, “a picture is worth a thousand words,” etc. [insert other intangible platitudes here]. But if you have analytics hooked up, I think you’ll also find the rewards will be quite demonstrable.
In my next post on images, I’ll share links to free resources that I’ve used in the past, and I’ll talk about the pros and cons of each. Subscribe to our RSS to stay tuned!