Should You Write a Series of Blog Posts? 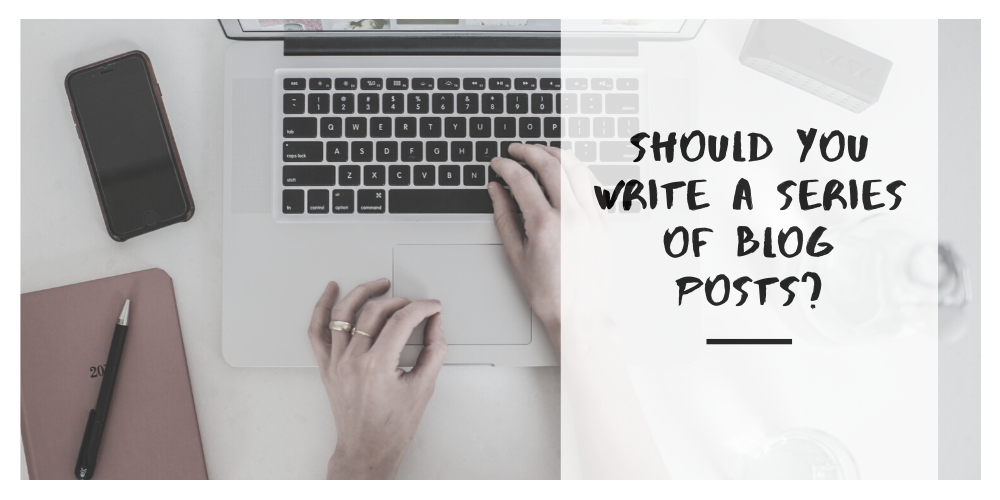 
A Big No for Your SEO

Let’s think about this from a content marketing or SEO perspective. What you’re doing when you create a sequential series of blog posts is that you’re competing with yourself in the search engine for each of those posts. You’re writing about the same topic as far as the search engine is concerned. Maybe you have different information in each post, but the search engine isn’t going to pick that up because the titles are all the same and it thinks that all of this could basically be one post.
This is a huge disadvantage, and typically these posts don’t end up doing very well.
So rather than naming the posts to reflect this series idea, it’d be better to come up with a thematic series (like the car example!). These posts can still be a “series” but you’re rolling them out as a related group of blog posts that speak to a broader theme, and they don’t have to compete with one another in terms of SEO ranking.

What If I Do Want to Write a Lot About a Subject?

Maybe you thought creating a sequential series of blog posts would be a good answer to your dilemma of having a really, really long post on one subject. And now you’re worried that since we just told you sequential series aren’t a good idea, you don’t feel like you have other options.
Actually, you do have options! Don’t worry. You can just create one long blog post on a subject. These are called “skyscraper posts” and this will probably do really well in SEO ranking for the keyword you’re targeting for the subject you covered. And you can keep readers interested in one post instead of counting on readers to continually read each new sequential post.