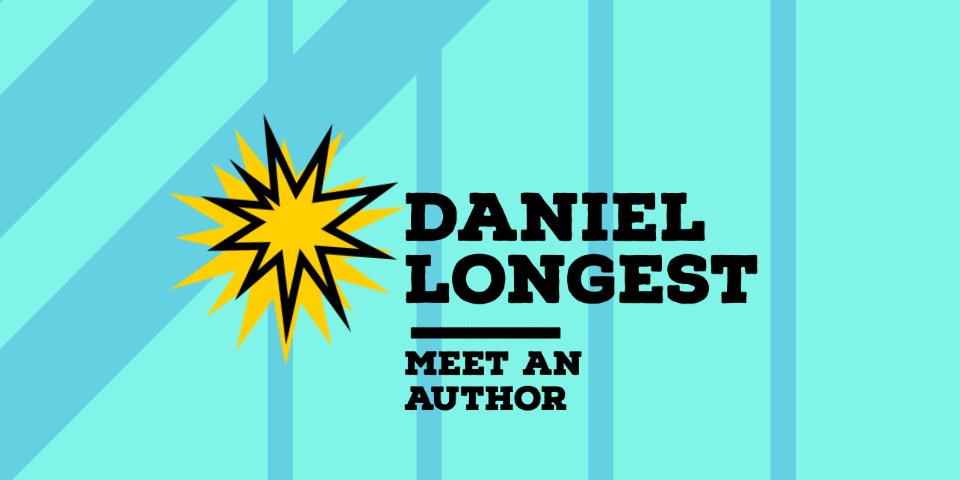 We’re back to bring you the latest on one of our authors, Daniel Longest. Daniel is descriptive, friendly, and enthusiastic in his writing. His conversational tone and nuanced word choice in his posts can really paint a picture for you. During the day, he’s a technical lead for a SaaS company. And outside of work, he spends his free time with his wife and kids.
Today, Daniel reflects on his journey and what he’s learned along the way. While he’s at it, he provides some good insight on his experience writing for Hit Subscribe too. And he also shares advice on communicating and writing well. Let’s hear what he has to say!
HS: Tell me a little bit about your background and how you started in the tech industry.
Daniel: Computers were just becoming a “thing” when I was in my elementary and middle school years. When I was 10 years old, my father got us a 386 for the house and that was my first introduction to computers. Like most in our field, I just really took to computers, especially programming. I taught myself QBASIC from a book well before it was offered as a class in school (which eventually I took). 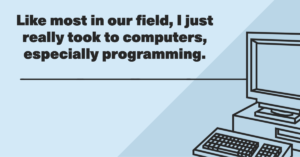 In my junior year of high school, I sent the school superintendent a rather inflammatory note. I was shocked at how in that day and age (1997) the school didn’t have a website. He immediately forwarded that to my high school principal. And then I got to launch our first computer club for the purpose of making the school’s website. I went around school recruiting my friends and other various computer-savvy people. It was a real Oceans 11 kind of deal.
I went to Virginia Tech to get a bachelor’s in Computer Science, and eventually, I got my first ever software job. It was intended to be as a support analyst for a very small software company making automated clearing house and bank reconciliation software, but it ended up being much more than that before I left. In some ways, I got very lucky that my boss was willing to take a chance on me then because there was little in my background that matched up with the typical pathway.
He told me later that it was my sheer passion for the field and just how excited I was about it that really won him over. I’ve worked in a few different places since then, but that’s how I launched my career.
HS: When and why did you start writing for Hit Subscribe?
Daniel: I started in November of 2019 for a couple of reasons. I had been looking around for something to do in my off-hours in the industry. I have a job I love but have a lot of interests that aren’t fully captured and I was looking for an outlet to share them.
Also, while I have a personal blog, I wasn’t as passionate about writing on there and just shouting into the void of no readers. I wanted to find a way to get in front of people.
And finally, I’d followed Erik on Twitter for quite a while and always respected his take on things. When I saw he was hiring writers, I thought the combination of all those factors made it a no-brainer for me.
HS: How do you see writing? As a hobby, side-hustle, or passion?
Daniel: I think it’s all three of those for me. It’s certainly awesome for it to be a side-hustle, but I definitely feel like I have a lot to say so it’s also a passion for me.
HS: How has your writing changed since you started writing for Hit Subscribe?
Daniel:  I’m much better at writing now, no question about it. This is the first time I’ve worked with actual editors. If you’ve never gone through a writing and editing process, it’s night and day from thinking every word you write is solid gold. That’s not to say that the editors are hard or impolite—not at all.  I simply mean that editing and writing to some degree are in conflict (positive, healthy conflict). And for the first time, there was someone was reading my work and wasn’t necessarily looking to just tell me it’s great so they can move on with their evening.
HS: What advice do you have for those just starting out in the tech world?
Daniel: Analyze, understand, and embrace how you learn best because the world of tech is a world where you’re constantly learning. When you enter the tech world (or really any world), you’ll see that a lot of people know a lot of stuff and it may be overwhelming. You’ll wish for the day you knew it all, but that day never comes.
You’ll never know everything and even if you could, you should constantly be pushing yourself to do things that are new to you and learn more about where you aren’t especially knowledgeable or skilled (yet). The only way to reconcile those is to become very skilled at knowing how you learn best.
HS: What advice do you have for software developers looking to improve their writing skills?
Daniel: How do great musicians get to Carnegie Hall? Practice, practice, practice. It’s simple yet difficult advice to follow. You get better at writing the same way you get better at creating software: you put in hours of focused, intentional effort to write something, evaluate it (or have it evaluated), and then repeat.
But the good news is that you’re already better at it than you think.  Also, no one has lived your life and had your experiences. There’s no one who’s had your background, your education, your career path, and your interests.
HS: Why do you think it is important for software developers to improve their writing skills?
Daniel: Software development is a team game. No one is writing software without communicating with other people. Sometimes, you’ll spend more time communicating than you will developing. It’s imperative that you communicate with your team members so you can be an effective member of the team.
Depending on the environment, some to almost all of that will be written. I work for a company now that’s completely remote. I speak with teammates via video conference and such, and most of our communication is in Skype, Slack, or code reviews. If you can’t write well, it’s a huge hindrance. Also, more and more companies are becoming remote-friendly or remote-only. So it really just amplifies the extent to which written communication is a part of your daily flow.
Overall, not writing well will become career-limiting at some point. This will prove very frustrating if you’re surprised by it.

Thanks to Daniel for allowing us to feature him on the blog today! If you’re interested in having him write for your tech blog, you know where to find us. Or if you’re an author and want to enjoy some of the same benefits of writing that Daniel has, apply to be one of our writers!