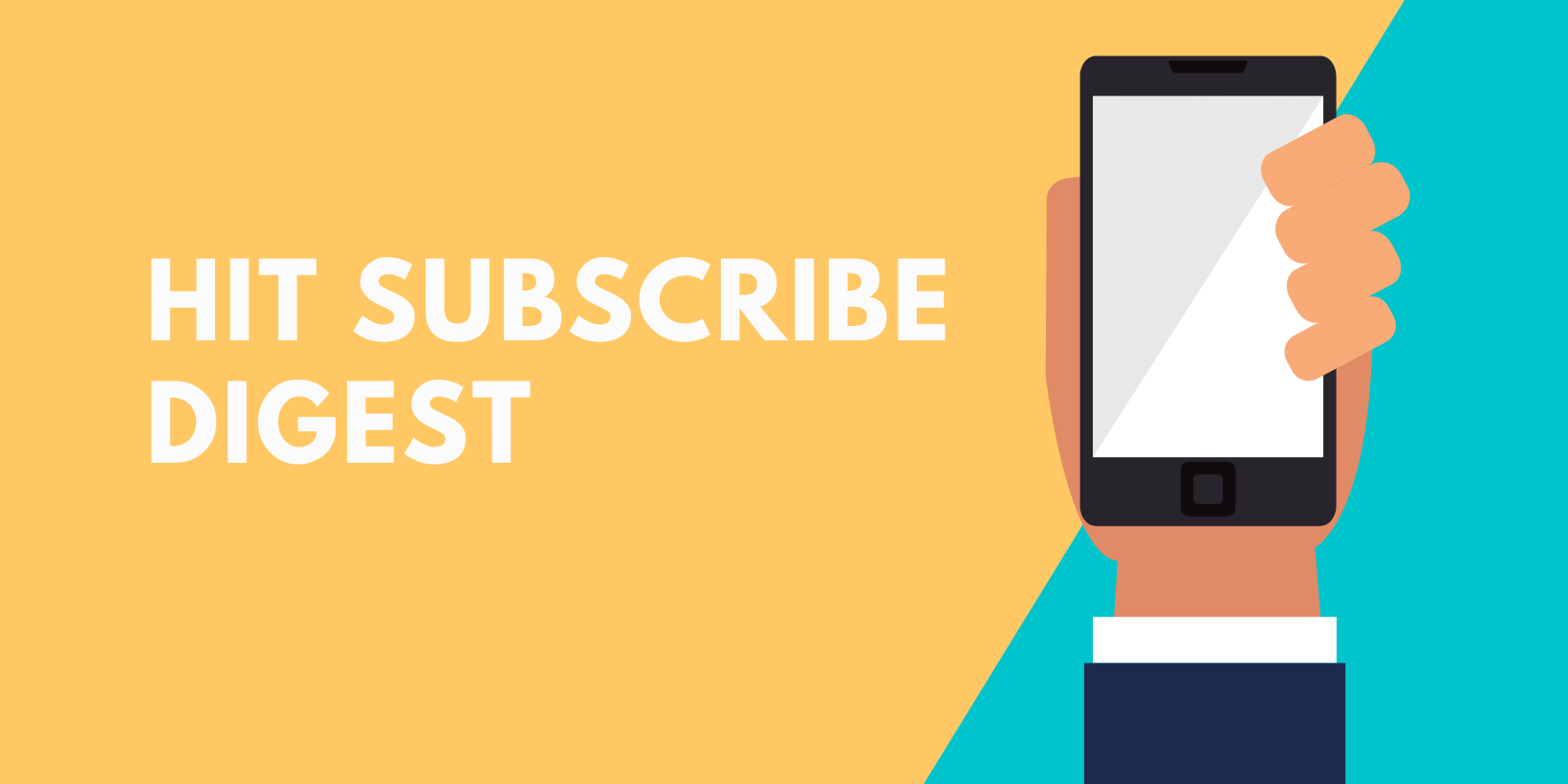 Selenium vs Cucumber: The Differences and Which to Use

Selenium and Cucumber are two tools that software developers use to execute tests. Both help find bugs in the software before releasing it to customers. However, it may seem difficult for developers to choose between these two tools, especially if they want to use a more advanced BDD (behavior-driven development) framework. This post on Testim’s blog is about how these two tools work and how to use them.

Iterative vs. Incremental Development: A Comparison

A super common task when working with databases is searching for a text string  matching a given pattern. You might need to get all customers whose last names start with a “B” or retrieve all products whose ids contain a certain numerical sequence. If MySQL is your database, then the MySQL LIKEoperator is the solution you need. This post is a guide to using the LIKE operator in MySQL. We’ll explain what exactly the MySQL LIKEoperator, and what you need it for and show several practical usage examples. Find out more from Carlos Schults on CoderPad’s blog.

Should You Still Use Monkeyrunner? Alternative Options

Monkey testing is a type of testing in which the tester gives a lot of random input to a web or mobile app. With this testing, we can make sure that the app is working well with a large range of input. Also, load testing or performance testing is done in this process. Most of the time, monkey testing is done by a tool. Monkeyrunner, which is part of Android Studio, is one such tool. In this post from Nabendu Biswas on Waldo’s blog, you’ll first learn about monkeyrunner.

An Introductory Guide to SnapKit

Creating an app layout in XCode can be done in five different ways, with three of them being the GUI way and two being the pure programmatic way. The first way is through Storyboard, which gives us an iPhone canvas to drag elements. The second way is using XiBs, where we can create individual elements using a GUI interface. The third way is the latest SwiftUI released by Apple. The fourth way is to eliminate UI and create the UI programmatically. In this post from Nabendu Biswas on Waldo’s blog, you’ll learn the fifth way, which is using third-party wrapper libraries.

Creating a Map with MapKit in SwiftUI

Looking for a simple guide to implement a map on SwiftUI? Your search is over! Read on for a straightforward approach using MapKit in SwiftUI. Creating an app with interactive features like maps can be very challenging. When you don’t know how these APIs work and the documentation on the elements necessary is a bit obtuse and segregated, it can feel like you’re walking blind on a minefield. Even worse, if you are on a tight timeline, you might as well prepare for some long nights of work. This article from Juan Reyes on Waldo’s blog aims to provide you with a straightforward approach to creating a map with MapKit in SwiftUI.

Using Colors in SwiftUI: A Guide

Creating elegant and feature-rich UIs can be a complex ordeal of rules and calculations. For many, it is a daunting endeavor. But it doesn’t have to be. You can eplore one of the most critical aspects of design in SwiftUI: colors. In UI design, the use of colors is one of the most effective ways to convey information, create a visual hierarchy, and enhance the overall aesthetic of an app. And getting it right has never been easier. This article from Juan Reyes on Waldo’s blog will explain various ways of using colors in SwiftUI, including working with system colors, creating custom colors, and applying color styles to text and shapes.

How to Use Mockk Spy in a Test

Sometimes you may need to test a method that depends on another method or class. This type of situation can increase the complexity of your test. With a testing tool like Mockk, you can mock dependency classes so that you focus on the actual class under test. In this post from Pius Aboyi on Waldo’s blog, you’ll learn what Mockk Spy is and how to use it in your tests.

How to Use Swift TabView With Examples

One of the most popular ways to create an app with different multiple areas of content is to have tabs. In iOS, the most common is a bottom tab; one click of each tab icon will show a different screen. For example, take the Instagram iOS app, which has Home, Search, Video, Notifications, and Profile tabs. Clicking any of them will take you to a different screen. In this post from Nabendu Biswas on Waldo’s blog, you’ll learn about TabView, with which you can easily create tabs. You’ll create a simple SwiftUI project with a tab. And you’ll also integrate different screens into the project.

How to Use Mockito in Kotlin

Mockito is a mocking framework initially written for Java, but you can also use it in your Kotlin code. In fact, it’s pretty easy to set up Mockito and get it running. And that’s what you’ll learn in this post from Carlos Schults on Waldo’s blog: how to start using Mockito so you can write Kotlin unit tests that are fast and reliable.

Developers use Xcode to write iOS apps in Swift or Objective-C. As the default code editor for macOS, Xcode is tightly integrated with the Apple ecosystem and requires no setup. The default unit testing framework for Xcode is XCTest. But there’s an alternative framework for writing unit tests: Quick. Quick in Swift follows behavior-driven development (BDD) and is always used alongside Nimble, another framework. In this post from Nabendu Biswas on Waldo’s blog, you’ll learn about Quick and Nimble and their applications in Swift.

Most unit test frameworks allow you to write parameterized tests, and JUnit is no exception. In this post from Carlos Schults on Waldo’s blog, you’ll learn the what-why-how of JUnit parameterized test. You’ll cover their definition, why to adopt them, and how to write them.

Getting Started with Kotest: A Guide

Kotest is a great tool for unit testing your Kotlin code, and this is certainly the post for you if you’re a Kotlin developer looking for a new testing tool. But I’d recommend the post even if you’re not shopping around because Kotest offers quite an interesting and refreshing set of features when you compare it to other testing tools you might already know. Thus, it makes for an excellent addition to the tool belt of any Kotlin dev. Find out more about Kotest from Carlos Schults on Waldo’s blog.

Getting Started with Mockable for Android Testing

If you’re a developer, you know the importance of testing our work before releasing it. Testing ensures that what you build does what you intended and reduces the technical debt that can arise from poor code quality. It’s a crucial part of the development pipeline of the most productive teams. You can explore how to take tests to the next level with regression testing. In this post from Juan Reyes on Waldo’s blog, you can learn about regression testing in iOS, why it’s so essential, and the best tools available.

A Guide to Managing State in SwiftUI

When Apple introduced SwiftUI in 2019, it made waves with its bold new approach to UI design. For many, it was a welcome paradigm shift in a development platform that was falling behind. There’s no doubt that the approach to UI design that SwiftUI introduces is better and more intuitive. And having a modern tool for designing complex views is quite significant. However, I would argue that the most significant change Apple introduced flew under the radar: the new state management paradigm. This article from Juan Reyes on Waldo’s blog serves as an introductory guide to the concept of state management in SwiftUI.

How to Use Toggle in SwiftUI

SwiftUI is a declarative framework for building user interfaces on Apple’s platforms. It was introduced at the Worldwide Developers Conference (WWDC) in 2019 as a replacement for the aging UIKit framework. SwiftUI is built on top of the Swift programming language, providing a new way to build user interfaces that are more concise and easier to understand than UIKit. In this article from Juan Reyes on Waldo’s blog, you can explore how to create a toggle in SwiftUI.