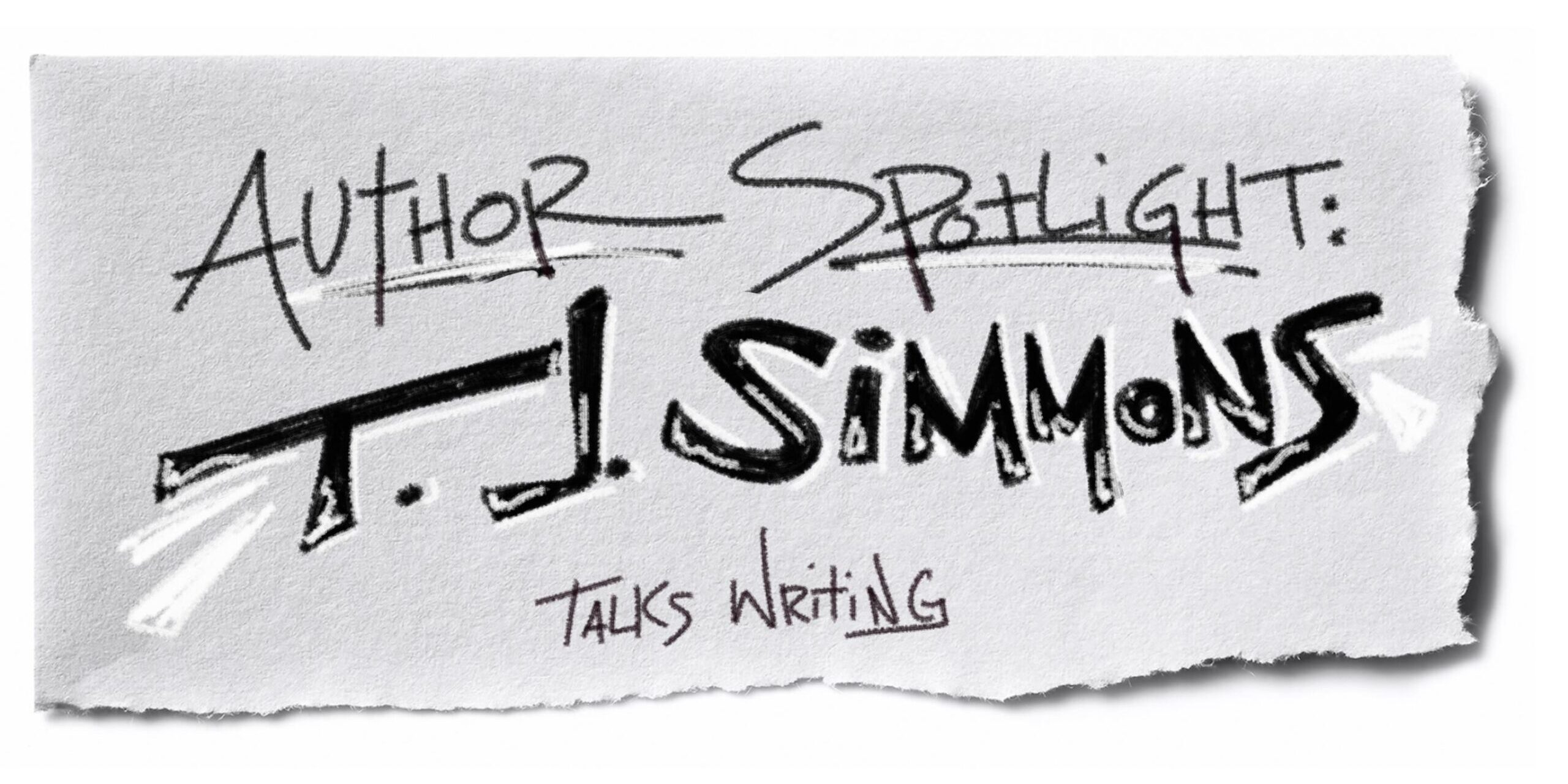 Today on the blog, we’re featuring another one of our authors, T.J. Simmons. He was one of our very first authors to join our team, and because of his extensive knowledge and engaging writing style, he’s our go-to guy for data science posts. Some of his other tech specialties include Python, PHP, and JavaScript. T.J. shares about his writing journey, his will and desire to continue improving, and how he’s faced fears and roadblocks along the way. Let’s find out what he has to say about why improving his writing skills has been so important to him and what steps he’s taken to get where he is today. 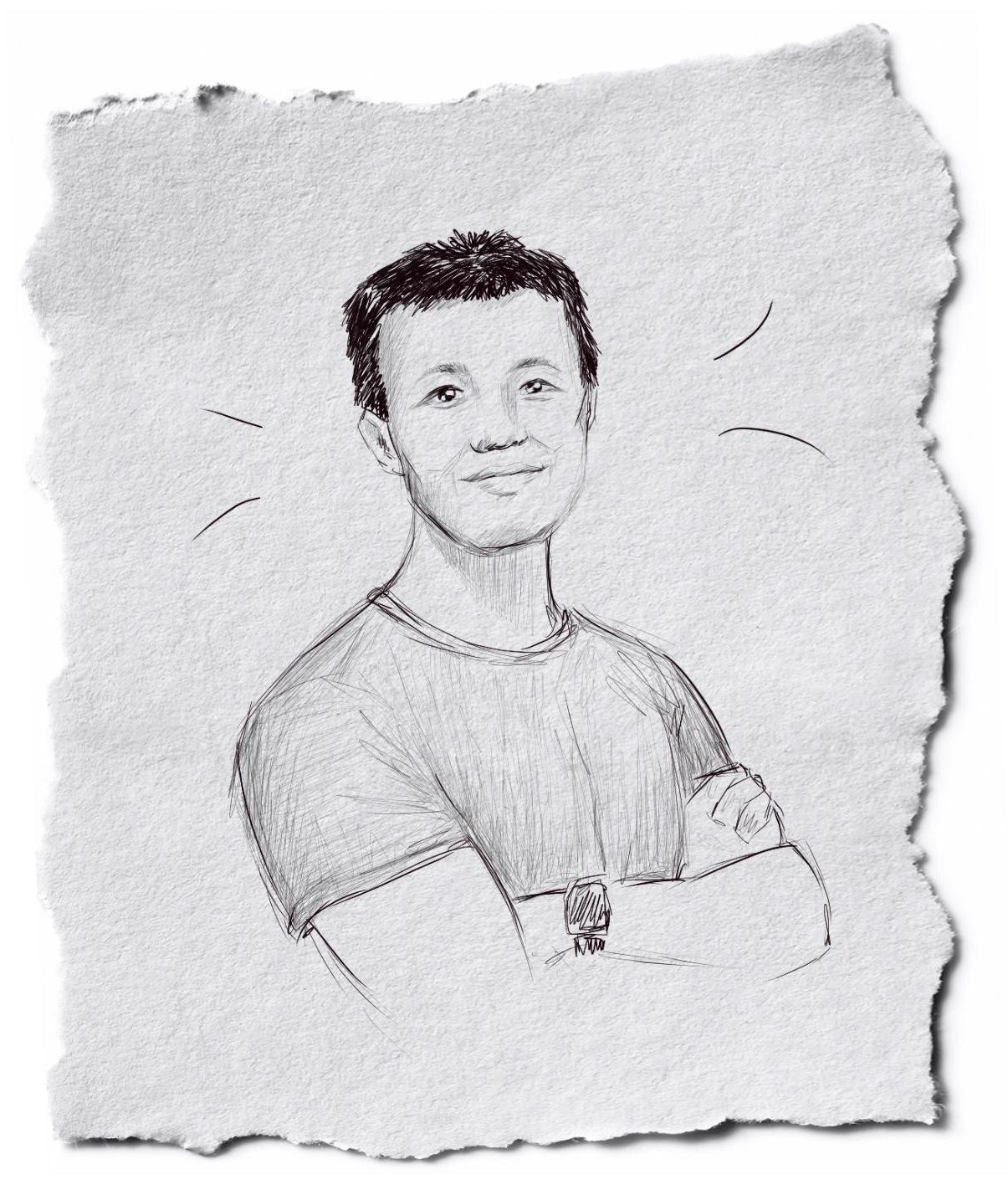 HS: How did you start in the tech industry?
T.J: Well, it was the late 90s, and I had to choose a major for my university. It was the first tech bubble era, and I decided that software would be my way into this brave new world. So I learned to program by paying for the education in university (the first of my many career mistakes in tech).
My first job was as a Java developer working on private sector projects at the subsidiary of a local defense contractor. The subsidiary often worked on private sector projects, so they prioritized citizens for job vacancies—at least that’s the impression I got.
The lack of Java-literate native citizens led me to that first job, which was great because that’s where I really learn how to program—on the job.
But I once again made another mistake. I read too many TechCrunch articles and, in the late 2000s, got bitten by the entrepreneurial bug. (I’ll talk more about this later.) I started on my own after receiving some government grants to build my own startup.
Eventually, I led a nomadic career with various achievements, such as

HS: When and why did you start writing for Hit Subscribe?
T.J.: I’m going to go back a few years. While it may sound longwinded, it best captures why I wanted to write for Hit Subscribe.
In mid-2015, I was stuck, career-wise. That’s because my agency had issues being sustainable when I added another employee without ensuring more business coming in. The stuck-ness was so bad that I felt I needed to try something really different. I decided I MUST get a mentor. Strangely, the exact right person appeared in three months’ time. I ended up working for this mentor as well. Best part—he was connected with industry big shots and had opportunities coming to him left and right. That’s how I eventually worked on that China factory project.
But by late 2017, I was feeling stuck, career-wise, again, despite the awesome mentor and despite me now heading a handpicked team for various projects. Because I attracted unbelievably good luck when I got desperate the last time in 2015, I decided I would try to get unstuck again.
This time, I wanted to get good at marketing, writing, and blogging. My focus on marketing was figuring out how to market myself. And I was horrible at all three. I blogged inconsistently, and I had no confidence in my writing. I initially tried correcting this by taking a bunch of online courses. These courses touched on topics such as note-taking and productivity. One of these course creators, Tiago Forte, tweeted about a book called Developer Hegemony. That book was by Erik Dietrich, one of Hit Subscribe’s founders.
The second half of Developer Hegemony fully captivated me. It talked about how to respond to unreasonable and unfair career issues faced by a developer. Seriously, if you’re a programmer, you really have to read the chapters on the ubermensch developer and becoming an efficiencer.
In those chapters, I found someone who put into eloquent words the faint stirrings and chaotic thoughts I have been nurturing for years. Better yet, the writer had a community I could join—the Developer Hegemony Facebook community.
Less than a month after I joined the community, Erik announced in the Facebook group he was going to start an agency to write content marketing for software companies. Guess who volunteered in order to get some hands-on experience writing for paid gigs?
HS: How do you see writing? As a hobby, side-hustle, or passion?
T.J.: As I mentioned previously, by late 2017, I became singularly focused on getting better at marketing and writing. And the universe duly answered by sending me Erik and Hit Subscribe. 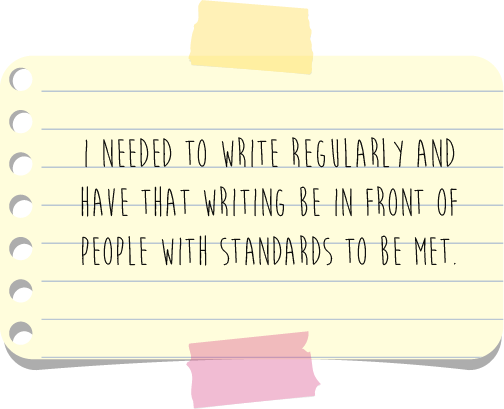 I should probably not say the next thing I’m going to say.
But no matter how much Hit Subscribe was going to pay me, (as long as wasn’t zero), I would have said yes. That’s simply because I was obsessed with getting better at writing. I needed to write regularly and have that writing be in front of people with standards to be met (in this case, the clients of Hit Subscribe).
The dual sources of pressure (deadline pressure and client quality pressure) meant I got into the habit of writing more consistently and became focused on writing well.
This meant the world to me.
In other words, I consider writing well to be a crucial part of my career. I see writing for HS as getting paid to learn to write well. Just don’t tell Erik about the payment part. 😜
HS: How has your writing changed since you started writing for Hit Subscribe?
T.J.: Amanda, the lead editor for HS, is both encouraging and has a sharp eye for unclear writing. She and the other editors have graciously spent time looking through my drafts for all my pieces.
After 11 paid pieces (with another one on the way) going through the full editorial process: 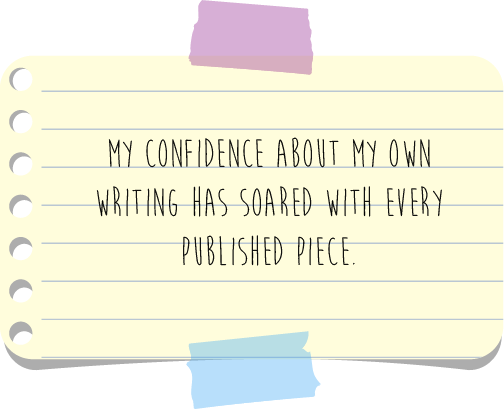 Let me give you some stats. Before 2018, nobody had paid me a single cent for what I wrote. Not a cent. And I had no proper blog posts to speak of. In eight month’s time, I had 11 published pieces and was getting paid for them. By June 2018, I finally committed to writing on my own blog with a proper schedule. I now have a streak of seven consecutive weeks of publishing at least one page of writing. This consistency has never happened before.
Never. Happened. Before.
HS: Have you ever struggled with writer’s block and how do you overcome it?
T.J.: When you’re under pressure from a Friday night deadline, you won’t have writer’s block. Ha ha ha.
I’m kidding. Really.
Now, do I enjoy writing all the time? No. As the saying goes, I prefer having written than writing itself.
Are there times I get stuck? Yes.
Usually, I get stuck for two reasons: I don’t know the topic as well as I would like, or fear and ego get in the way.
For the former, the cure is doing more research and be okay with the extra effort required. With research and writing, all in, it can take nearly three hours to write a draft of 1,200 words. I can go overboard, of course. Out of the fear of coming across as an underperformer, I intentionally wrote a lot for the first draft for my first published piece. It had nearly 1,800 words, and I went a bit off topic.
This brings me to the second point, about fear and ego. The fear of looking bad sometimes helped with the work ethic part. But it can be counterproductive. If the fear of being judged is too overwhelming, you may end up not writing at all.

For me, I had a bigger fear of never being good at writing, leading me back to the existential career dread I told you about earlier. Whether the bigger fear was true or logical didn’t matter. It helped keep the looking-bad fear at bay. And so far, so good!
HS: What advice do you have for software developers looking to improve their writing skills?
T.J.: If you want it badly enough, you will find a way. I am not being glib.
Here’s how I see it.
As a developer and given the fast changes in the industry, you constantly have to improve your technical knowledge. Learning to improve is already part of your job.
If you’re sufficiently motivated, you’ll find a way to improve. If you’re not, nothing I say here matters.
Let’s say you’re already desperately looking to get better and already improving on your own. Then I have some advice that can help you improve even faster.
Raise the stakes.
For me, raising the stakes is to go write for money. Because writing for money means I am subject to an editorial process, and I have to reach certain quality standards. Hence, I write for HS.
Now, you don’t have to write for HS to raise your stakes. You can try other ways to raise the stakes for your situation.
Just to repeat, raising the stakes when you’re already writing helps you get into that famous “deliberate practice” mode. Once you get there, you’ll improve even faster.
HS: Why do you think it is important for software developers to improve their writing skills?
T.J.: I don’t know the answer to this. I know why it’s important for ME to get better.
There are seven billion people out there. it’s hard to stand out. People already have this (largely correct) perception that skillful developers are a bunch of well-intentioned people who cannot communicate well, be it verbally or through writing.
Imagine you’re that one rare developer who’s good at your job AND communication, both verbal and written. You will stand out.
I will stand out.
That’s why I do it. I’ve personally seen my mentor (whom I mentioned much earlier) doing well. He’s technical, and he’s not that much smarter than me. So why is he so much ahead of me in terms of prospects and opportunities? I’m not 100 percent sure, but I notice people saying that he’s a very persuasive person. He has communication skills.
I want to leave you by suggesting you check out this post with great career advice by Scott Adams, creator of the Dilbert cartoon series, in which he says, “At least one of the skills in your mixture should involve communication, either written or verbal.”
If after all this, you’re still not convinced that writing is important, then nothing I say will make you believe otherwise.

Thanks to T.J. for allowing us to feature him on the blog today and for sharing his story! If you’re an aspiring author and want to enjoy some of the same benefits of writing for us that T.J. has, apply to be one of our writers!