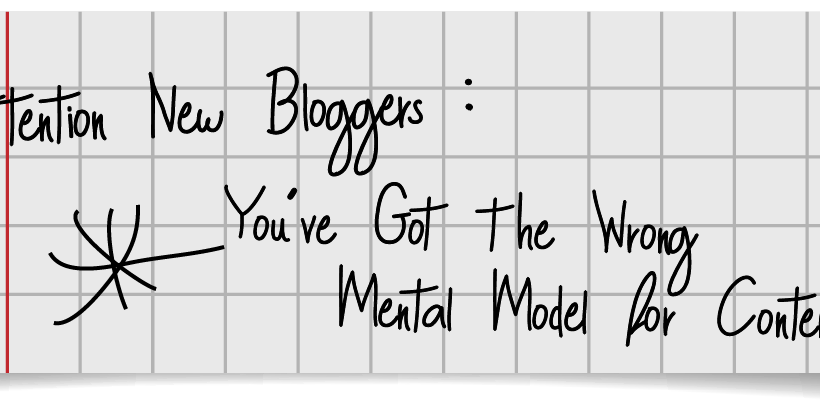 I make an earnest effort to fight the curse of knowledge.  Truly, I do, because it’s essential for any decent blogger.  But I struggle with this when new bloggers and aspiring bloggers approach me with the following sentiment.

I don’t know what to write about because bloggers I follow have already covered everything I know.

This is a genuine absurdity.  But it’s not absurd in the “what kind of simpleminded human could think this” sense.  It’s absurd in a way that arises from a completely mismatched mental model.
To understand what I mean, consider an example.  Imagine a child fishing from a pier that extends out into the ocean.  The child pulls a fish out of the ocean, and then another one.  But he stops before casting for a third fish, saying that he wants to leave some fish so that there will be enough when he fishes tomorrow.
This is an understandable, rational sentiment.  In fact, you might even say it’s laudable, given its conservationist overtones and precocious avoidance of tragedy of the commons situations.  But it’s absurd.  The child envisions the ocean as a 100-gallon fish tank instead of, ya know, the ocean.

New Bloggers’ Misconception: Blogging is Not a Collaborative Wiki

“Walp, it looks like Amazon has already written a post about what DevOps is, so I guess there’s no sense in little ol’ me defining it.”
This type of statement is one I hear a lot.  And it’s the product of the wrong mental model about blogging.  I’ll call this the blogging-as-wiki model.
The idea is that everyone on the internet is collaborating to cover the world in one thick blanket of blog posts.  For any given topic, whoever gets there first plants their flag, and they own it.  Everybody else needs to move on — to be original.  Like Wikipedia, you don’t want conflicting posts about any topic.
“Wait,” I can hear you thinking.  “Put that way, it sounds absurd.”
Yes, exactly.  That’s why I’m putting it this way.
Nobody in the world consumes “the internet.”  You’re not going to have some kind of opinion blog post cache collision.  Most of the people that wander across your definition of DevOps have never seen the other guys’ definitions — even when those guys are big ones like Amazon.  And even the ones who have seen Amazon or another company define it have probably long forgotten the substance of that post.
To drive this home, think of yourself reading some blog post.  Do you do some kind of mental inventory of whether you might even have seen something similar somewhere?  If the answer is yes, do you proceed to castigate the author for lack of originality?  Of course not.

Blogging is About Your Audience, Not Your Catalog

On this blog, I hammer home how blogging is about your audience and not you.  Your blog needs a mission statement talking about who you help and what you help them do.  Avoid self-absorbed posts and focus on your audience.  You get the idea.
So, not surprisingly, I’m going to bring that theme up here, as well.  When you talk about not wanting to write about something because someone else has already written about it, that’s very you-centric.  I’m worried about how I’ll look and what people will think of me if I cover a topic that an author I read has addressed.  No offense, but get over yourself.
Your readers may read that other source or they may not.  And what if they haven’t?  Now you’re withholding your take, which they might find valuable, for reasons that have nothing to do with them.
And speaking of your readers, do you think they might ever have reason to want more than one take on a subject?  When you’re learning or doing research (or just reading for amusement), do you google a term, click on the first thing you see, and consider the matter closed for eternity?  Of course not.  And neither do they.
If you’ve got your mission statement and have started brainstorming how to help your audience, your posting becomes all about them.  (Take this post, for instance.  I’m answering a question that I hear a lot, and I’ve not bothered at all to wonder whether someone else might have answered it.)  There may be other opinions out there, but they’ve landed on your site and are looking to you for information.  Entertain them!  Inform them!  Help them!  Don’t worry about your image. 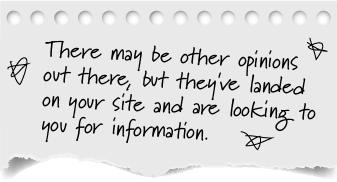 Blogging is Also a Competition

You new bloggers out there are probably looking for the right mental model at this point.  After all, I’ve told you that “collaborative wiki” is the wrong model.  So what’s the right one?
The right model is, actually, competition.  Every piece of real estate on the internet is vying for readers’ attention.  Collectively, there are plenty of fish in the reader sea, so to speak.  But you want as many of them as possible coming your way (which means, by definition, not going everyone else’s way).  So think of your blogging the way you think of your own or your company’s business.
Take Hit Subscribe, for example.  Here’s a Google search for “how to find software bloggers.”  (Not a good search keyword, but set that aside for example’s sake).
Given that we sell content to software companies, ranking for this could be pretty handy!  But, alas, we don’t rank for this term.  It looks like the top results are from HubSpot, Smart Blogger, and a few others.  Do you think, at this point, that Hit Subscribe should say, “Well, it looks like HubSpot is the authority on where to find software bloggers, so we’ll just let them have the ultimate say in the matter?”
That would be ridiculous.  Instead, we should write a blog post, optimized for this term, that does a better job of informing and entertaining readers and searchers so that Google ranks us ahead of them.  We’re not collaborating with them to coat the world in content — we’re competing with them to get our message out there.
(As an aside, we won’t ever write that hypothetical post because this isn’t how people are finding software bloggers and it would be a waste of our time.  But the example still stands.)

I’m hoping that I’ve now ranted and raved enough to convince you not to worry that someone somewhere might have addressed the topic you have in mind.  In fact, I’ll end the suspense.  They have.  Unless you coin some neologism, someone somewhere has talked about your topic.  (And probably even when you coin a neologism.)
Your blog and your posts are not about everyone else.  They’re primarily about your audience and secondarily about your authority and expertise in your niche.  Nowhere in that equation do interlopers come in, except when you’re pushing them out of the way to rank in search and command your audience’s attention.
But for new bloggers, you guys shouldn’t really think of them at all.  Think about your audience and how you can help them.  Think about what they need to know, and get the word out.  Focus on helping them, and let them worry about who has written what and where.